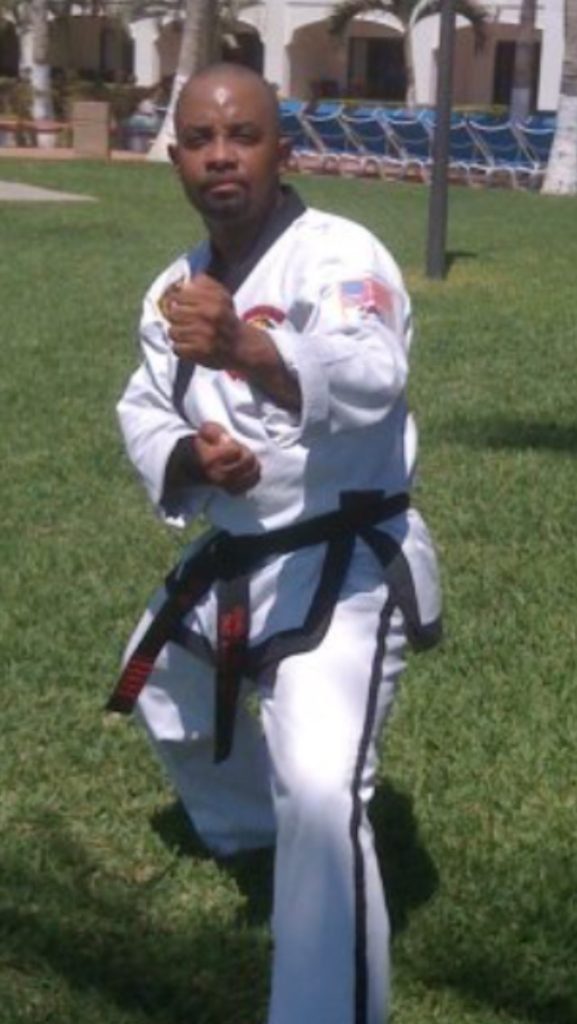 Mr. Stegall has been teaching martial arts for over 25 years. Within that time frame he's trained over one thousand students. He began his training at the early age of three from Roger Carpenter's school of karate. At the age of fourteen he started training in Tae Kwon Do at Simba Dojang under Mr. Leo Johnson in Wichita, Kansas. Later at the age of nineteen he moved to Washington, DC to train under Mr. Reginald Moten and Mr. Joseph Neal at New Dimensions martial arts academy, a sister school of Simba Dojang. In 1990 Mr. Stegall returned to his hometown Wichita, Kansas to open the first commercial studio of Simba Dojang Tae Kwon Do Academy. During that time he also taught Tae Kown Do and  women's self-defense classes at Wichita State University. Over the years his students have completed in numerous martial arts tournaments from coast to coast winning many awards. In 2006 he closed the Wichita studio and relocated to Las Vegas Nevada where he opened up Simba Dojang Tae Kwon Do Academy and self-defense in nearby Pahrump, Nevada.  Despite being away from him hometown for ten years he currently opened up a second academy in Wichita due to demands for lessons from new and former students. Currently Mr. Stegall travels between both locations doing what he loves instructing students young and old in Tae Kown Do!

Martial Arts is more then the art of self-defense, It's a way to build the body and mind. Why not contact us to help you get involved today!